Business in Asia extends its world class competitiveness through language.

The limitation of this article is that it is in one language. The only people who can critique, elaborate or extrapolate from it are those who can read English.

The unique opportunity for the APAC region is that more than 4.3 billion people speak nearly 2,197 living languages across Asia. Language diversity is the single most competitive innovations catalyst for any business, everything else being equal. If this article were understood in all languages, then all could further it with their perspectives, understandings and insights.

Language diversity is the opportunity that leaders across Asia must embrace. Innovation crosses all languages. Since time began.

Or soon thereafter. Asko Parpola, Indologist at the University of Helsinki in Finland, believes it was linguistics that led the Tripolyte people of modern-day Ukraine to invent the wheel. That invention then scaled to all sorts of applications wherever roto-Indo-European was spoken, and beyond. Carts, wheelbarrows, clocks, pottery and even roulette were spawned from that original invention.

I’ve seen the benefits the Tripolytes had, both from European and Asian perspectives.  Particularly in the field of technological innovation. Confirming that Silicon Valley’s dominance in computing is ending.There’s plenty of evidence of that, even just from our business.

We developed our image analytics platform by speaking English, German, Hindi, Italian, Nepalese and Urdu. Resulting in our technology being snapped up by four of the world’s biggest retailers based out of the US, Europe, Middle East and Mexico.

Or our asset verification built on blockchain.Which has attracted investment and purchases as far afield as Austria, China and even Australia.

Silicon Valley sees, hears and reads the world mainly through English. Anyone keen to work for or with the FANGs (Facebook, Amazon, Netflix and Google) better be well versed in English.  Fluency in English provides efficiencies through one lingua franca. But such a unifying language also leads to group think and limits a world view to one perspective defined by what’s expressed and commented on in English.

Australia sits at an interesting intersection for the next wave of innovation.  It’s linked through language to the US, and neighbours with the rest of Asia.

I set up Lakeba Group as an international technology company, in Sydney. For exactly those two reasons.  With the future shaping agenda increasingly set in this region, I’m adamant that we keep speaking English and keep hiring every other language possible.

APAC is a hot bed for hiring the best talent available, irrespective of the language in which people think, do and decide. Currently we work across Afrikaans, Cantonese, Dutch, English, Farsi, French, German, Hindi, Italian, Mandarin, Nepalese, Punjabi, Portuguese, Spanish, Urdu; amongst others.

Grant it, interviews are complex.  Internal communication is difficult. Misunderstandings happen. At times it might be frustrating. But all our effort involved in conceiving, creating and commercialising innovation does resonate in every corner of the world, across all cultures, and is understood by everyone.

Such a truly global gift is only possible in APAC.  The US only recognises a handful of languages. Europe only counts just over two hundred languages, South America two, and Africa has four main language groupings. In comparison, Asia trumps all other regions with its rich tapestry of 2,197 languages.

It’s not easy.  Not even for some of the most powerful computers in the world.  We’ve encountered the limitation of language with A.I.

Its intelligence grows from the information it gathers. As the world’s knowledge is currently siloed in languages, we’re having to build expert A.I. specific to languages, which in turn then teach each other to understand the world completely.

We learned the hard way, building a 100-node neural network to understand the challenges people face day-to-day.  We deployed it to distil all frustrations registered on the internet, but soon found that all it learned was those reported in English.

Fortunately, because of the language diversity we have nurtured at Lakeba, we immediately knew that we were only hearing from one echo chamber—that’s limited to English.  So, we’re building multi-language neural networks, which in turn, inform each other through the universal language of 1’s and 0’s. Giving us the full context of opportunities from across the world and across languages—where we can apply our technologies to alleviate the gravest frustrations and challenges.

It’s clear from our dealings across APAC that businesses here have learned not to judge something as wrong because the language isn’t perfect, but rather respect the insight and knowledge captured in words.

Working across languages throughout one’s own business is challenging.  Doing so across the business ecosystem is fraught with difficulty. The beauty is that businesses in APAC do this with natural talent.

It’s ours, in this region, to exercise and condition this inherent talent into world class ability.  World champions are made of talent, blood, sweat and tears.

Language diversity is the opportunity that leaders across Asia must embrace.

Working across languages throughout one’s own business is challenging.  Doing so across the business ecosystem is fraught with difficulty. The beauty is that businesses in APAC do this with natural talent. 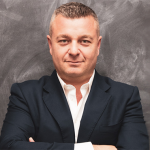 Giuseppe Porcelli is the Founder and CEO of Lakeba Group, a privately held company dedicated to optimising business and society through technology. The group conceives, creates and commercialises technologies that accelerate competitive advantage for organizations.

1 thought on “Speak the language the world thinks in”