South Australia pivoted to high technology industries when traditional sectors like manufacturing began to face uncertain futures. Now as Australia struggles with the economic uncertainties imposed by COVID-19, the nation can learn from South Australia’s experience in setting and achieving ambitious economic goals.

The pandemic has exposed the limits of Australia’s supply chains and the vulnerability of taking the cheap and easy route to offshore manufacturing. Through many infrastructure and economic stimulus initiatives set up by the Federal Government in response to the pandemic, Australia is emerging as a manufacturing power once again, with technology and innovation front and centre.

South Australia is ready to share its experiences pivoting to high technology manufacturing, to help the nation secure a brighter future.

The ExploreSA: Gawler Challenge was an international data science competition which saw more than 2200 data specialists from more than 100 countries evaluate data sets to help open up the mineral deposits of the Gawler Craton in South Australia.

In 2017, the last Holden vehicle rolled off the assembly line at Elizabeth just outside Adelaide, ending 69 years of proud Australian car manufacturing. It was a sad day for South Australia and the hundreds of employees.

But a year later the factory was back in action making solar batteries for German home energy storage system producer Sonnen.

By supporting infrastructure builds such as solar and wind farms, grid-scale storage solutions like the Hornsdale Power Reserve, and encouraging households to install home batteries and virtual power plants, South Australia has laid the groundwork for an entirely new manufacturing sector and a better green power grid for the planet.

In South Australia, there is a push to further unlock the value of the state’s clean energy resources. The State is also paused to lead and scale up a renewable hydrogen production industry for export and domestic consumption.

Interconnection and storage will allow South Australia to leverage its world-class renewable resources and become a renewable energy exporter and green manufacturing centre, leading the nation and other countries around the world in its transition to a cleaner, more reliable and secure energy system.

They have cut red tape, encouraged competition and collaboration, improved industrial relations, invested heavily in skills and pushed through difficulties without flinching.

From this strong foundation, investment is attracted and retained while a skilled local workforce grows in size and strength to support new sectors.

If Australia is to thrive in the post-pandemic world, this is the pivot it needs – value adding skills and technology to manufacturing to create the future. States looking to upgrade their power grids or spark new industries can look to South Australia as a model to copy, with the government setting the agenda for advanced manufacturing and technology, then putting in place the conditions to support its development so private companies can get on board.

We live in an interconnected world that multiplies our wealth and knowledge. The pandemic may redefine our engagement with this paradigm, but the advantages of connecting with the world will remain.

South Australia’s goal to become an advanced technology and manufacturing powerhouse emphasising local jobs and opportunities has a global focus at its core.

In a global government first, the recent successful running of the ExploreSA: Gawler Challenge called for data scientists around the world to analyse open-file geoscientific datasets and help uncover new mineral discoveries for the vibrant mining sector.

The competition set new records, attracting around 2200 data specialists from more than 100 countries, with the winners sharing in a prize pool of $250,000. New machine learning, artificial intelligence and geoscience workflows were then published enabling explorers, miners, data scientists and anyone with an interest, to access the entries and results.

This extraordinary project has generated a list of new potential resource targets that are available now for mining and exploration companies to use, potentially stimulating a raft of new projects.

While the challenge showed the power of data to unlock new opportunities, a major theme was to source talent from wherever it can be found and encourage its development in an open and collaborative environment.

The Gawler Challenge showed how companies and individuals with specific skill sets can combine their talents to solve problems for other corporations or even governments.

This nimble way of doing things breaks down barriers between different sciences and industries, allowing knowledge and skills to transfer freely while growing capacity.

This collaborative approach has its origins in Silicon Valley and is being widely adopted in tech-focused industries around the world. In recent years, the South Australian government has encouraged futuristic thinking by investing heavily in cyber education, particularly security and data analysis.

This circles back to a determination to add long lasting value to the economy, not simply by supporting manufacturing, but by fostering new skills, technologies and methods that create wholly new ways of doing things and the opportunities to develop them.

If Australia is to create a truly prosperous future, it must embrace the power of information, but also the open and collaborative attitude to harness it.

From the Earth and Sea to the Stars

South Australia proudly built the Collins Class submarines for the Australian Navy throughout the late 1980s and 1990s and has kept them in service ever since. This work established the state as a major naval construction centre, with continued multi-billion dollar projects coming on-stream like the $35 billion dollar Hunter Class frigate programme and the coming Attack Class submarine programme.

BHP’s Olympic Dam uranium mine is slated for a number of expansion projects to extend its life and output, while Oz Minerals’ Prominent Hill copper-gold operation has 57 million tonnes of proven resources still to tap into.

These big ticket operations are emblematic of South Australia’s mining sector, which employs tens of thousands of people in highly skilled roles, directly and indirectly supporting thousands more jobs beyond the sector.

The mining industry is now set for another kind of expansion driven by data and collaboration as demonstrated by the Gawler Challenge.

These advanced industries have allowed South Australia to develop and retain a highly skilled, technology focused workforce as well as a “can do” attitude for ambitious manufacturing projects.

These factors certainly influenced the selection of South Australia as the site of the Australian Space Agency’s headquarters in Adelaide, making the state the home of Australia’s space exploration efforts.

South Australia’s space history dates back to the late 1940s when rocket and weapons testing began at the Woomera Rocket Range.

Now it is building new mission control centres, skilling up new workforces to develop technology and creating a new economic engine for the state.

The experience gathered over decades of naval manufacturing projects is invaluable and will help its efforts to lead Australia’s space exploration.

If You Build it, Success will Come

Through initiatives like the Gawler Challenge and the embrace of technologies like renewable energy, space, defence and advanced manufacturing, South Australia has positioned itself as a great place to invest, to set up a business, to seek education and develop a career.

In that spirit, just as the old Holden factory at Elizabeth now makes solar batteries, Australia must support emerging and innovative technologies that add value to manufacturing and upskill the workforce so even more advanced projects can be tackled.

This will make South Australia and indeed Australia a magnet for innovation, leading us to becoming a manufacturing power at the cutting edge of technology instead of simply reviving old product lines.

Because if there’s one thing South Australia has learned in its journey to create advanced industries, success follows innovation and determination. 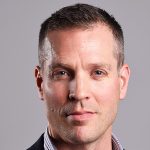 Justin Strharsky is a globally respected leader and published author in technology and innovation. A veteran of Silicon Valley, Mr Strharsky now uses his skills and expertise to leverage industrial data and digital tools to solve real-world problems. He has founded a number of tech startups including Startup WA, Unearthed Solutions and advises at CORE – Australia’s first innovation hub for the resources sector.