Some people seem to have an innate knack for entrepreneurship. They are creative, determined, and fearless. Acquiring inherent passion, commitment, and a sense of purpose, they learn the ropes of entrepreneurship at an early age. They start their own businesses young and manage to achieve unparalleled success with their diligence, sheer perseverance, and vision to deliver a strong value proposition. An instance of such exemplary entrepreneurship is portrayed by Christopher Taber, the CEO and Founder of Analogue, Inc, a leading American company that makes products to celebrate and explore the history of video games with the respect it deserves.

Christopher started showing the signs of a businessman quite early in his life. As a kid, he would buy candy in bulk and sell it on the playground. He designed and created an entire video game review website from scratch when he was just 13. Learning from all these experiences, he established his first serious venture at the age of 19 by refurbishing, restoring, and reselling classic video game items out of his bedroom while pursuing a degree in Philosophy. He didn’t have a car when he initially started this business. So, he had to cycle all the way to meet people to buy games, and make deliveries to the post office. Even during the snowy winter of Montana, he was making 6-7 deliveries to the post office a day, loading up his hiking backpack with dozens of packages each trip, riding to the post office, and dropping them off. In the first year, he shipped almost 3,000 packages as a one-man company. “I’ve always had an individualistic perspective and never believed in working for anyone else. Philosophy has had the biggest impact on being an entrepreneur. Books have profoundly shaped who I am. Without all the incredible philosophers and thinkers throughout time, I would not be who I am,” asserts Christopher.

Sailing Against the Tides

Being an entrepreneur often comes with challenges and roadblocks, and Christopher’s journey was no different. Christopher has no formal education in any category he works in. But learning on his own, he navigated all the odds along his path to become the business leader he is today. The self-taught entrepreneur believes in true learning and understanding rather than having a formal education. He has never been afraid of taking the difficult path. “Someone once asked me, ‘Why do you always insist on taking the hard road?’ I replied, ‘Why do you assume I see two roads? This may be the difficult path but as they say, easy choices, hard life, hard choices, easy life. I think most of the challenges in my life come down to the isolation that can come hand in hand with obsession and an extreme focus on building something. It’s an art to figure it out,” opines Christopher. Besides this, coming to Asia with zero connections, and not knowing the language or culture – in retrospect was a huge challenge for the entrepreneur. But rather than considering them as obstacles, the optimistic leader sees those challenges as incredibly stimulating and rewarding. 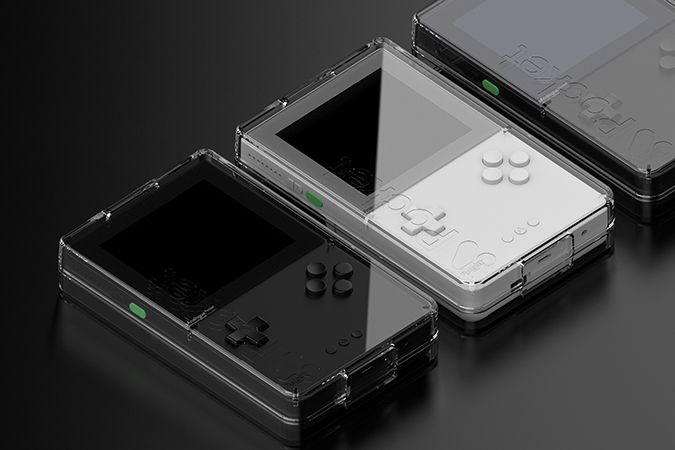 The Profound Journey to the Prominence

Christopher re-invested all of the savings from his first business into starting Analogue and designing and manufacturing a small run of his first product. Since he had no formal training in any of this, he read dozens of books on business, marketing, and design and taught himself anything that he didn’t know. He had no choice as he didn’t have the capital to hire other people to manage these tasks. Christopher launched Analogue’s first product in 2011 and sold out of everything he had manufactured in just a weekend. Once he built up enough capital, he hired his first employee and didn’t give himself a salary for years. For every product Analogue made, he reinvested 100% of the capital generated back into making a more ambitious product and hiring more employees. Since 2011, Analogue has been dedicated to preserving video game history from around the world by offering award-winning, reference-quality reimagining, at the highest technical quality. No matter what part of video game history, Analogue has maintained its pioneering commitment, elevating the medium of video games – while preserving the experience as its maker would want it seen, through state-of-the-art recreations in FPGA with unparalleled special features to help elevate the medium of video games—a call to respect its history.

According to the ardent leader, entrepreneurs must have resourcefulness, individuality, resilience, the tenacity to overcome obstacles, ceaselessly, and ultimately the ability to learn anything and express who they are personally and authentically through their business without copying others. While further sharing his views on entrepreneurship, he recalls one of his favorite quotes from designer Saul Bass— “I want everything we do to be beautiful. I don’t give a damn whether the client understands that that’s worth anything, or that the client thinks it’s worth anything, or whether it is worth anything. It’s worth it to me. It’s the way I want to live my life. I want to make beautiful things, even if nobody cares.”

Being a firm believer of this quote, he strives to take his own path rather than following any trend or people. And it is the infinite expectation of pushing the envelope of “who you are and what you are creating” that motivates Christopher to get up in the morning. “A man who is not on fire is nothing. That kind of person is ridiculous and two-dimensional. He must be on fire even if he makes a fool of himself. A flame must burn somewhere, otherwise, no light shines; there is no warmth, there is nothing,” He adds. Be Irreplaceable Be Curious Be Fearless

While Analogue has made incredible strides over the years, Christopher believes it’s just the beginning. He has a lot of interests in several categories including cinema, philosophy, education systems, music, biotech, and food. Thus, moving ahead, he plans to continue growing Analogue while starting other businesses, helping others start businesses, and pushing the envelope in categories where his interests and heart lies. As a pioneering business leader, he advises budding entrepreneurs not to copy or follow other people, businesses, or trends and be the most creative. As a lot of young entrepreneurs want to make great things without having lived enough real life, he urges them to live a real life, taking their own path and living their life on the edge of uncertainty. “Look carefully at those who tell you to accept anything less. Think of it as a poisoned chalice, push it aside however tempting it is. If you want to be rewarded, you have to be irreplaceable. And the way to be irreplaceable is by being yourself – no one can be better at being authentically you than you,” affirms Christopher.

“Another great thing to keep in mind is one of the most elementary rules of business is that it doesn’t matter how many people don’t understand what you are doing – it only matters how many do. Following or listening to ‘the market’ and even your own customers should be taken with a grain of salt. The greatest and most innovative products and ideas were almost universally rejected or criticized by the status quo. Be curious. Be fearless,” he concludes.